A Canada Based Company Called Damon Hypersport has unveiled the fantastic looking Hypersport HS Electric Motorcycle, Some of the Most Innovative Features of the Bike include, a warning system called Copilot, Which records data in real time too distribute the data through various parts of the Motorbike.

The System can be connected with Bluetooth Connectivity, 4G or Wi-Fi, it stores the valuable information in Cloud Storage. 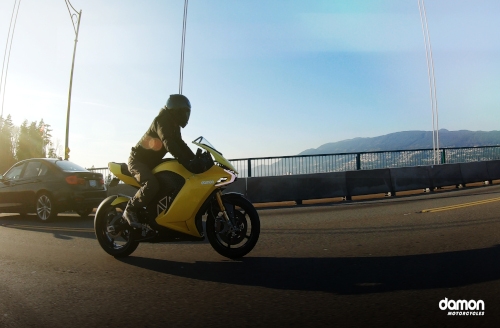 Besides the impressive list of features, the bike is a beast, as it is powered by an impressive unit capable of delivering power at 200hp and generates 200Nm of Torque with a top speed of 322km per hour. The bike is expected to go 322 km per a full charge. Priding of the Bike Starts at 24,995 USD.